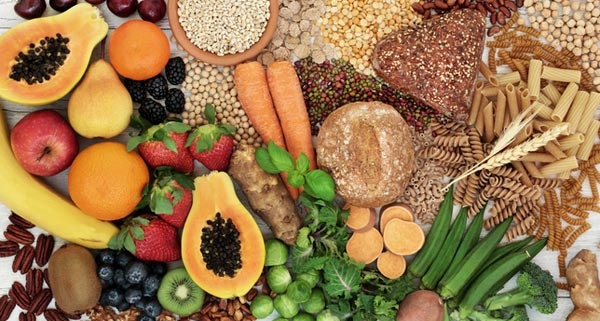 When you count all the little folds, the total surface area of our gut is about 3,000 square feet. That’s larger than a tennis court. Yet, only a single layer of cells separates our inner core from the outer chaos. The primary fuel that keeps this critical cell layer alive is a short-chain fatty acid called butyrate, which our good bacteria make from the fiber we eat. We feed the good bacteria in our gut, and they feed us right back. As shown in my video, Prebiotics: Tending Our Inner Garden, our good gut bacteria take the prebiotics we eat, like fiber, and, in return, provide the vital fuel source that feeds the cells that line our colon—a prototypical example of the symbiosis between us and our gut flora.

How important are these compounds that our good bacteria derive from fiber? Researchers have explained that a condition known as diversion colitis “frequently develops in segments of the colorectum after surgical diversion of the fecal stream.” What does that mean? If you skip a segment of the bowel (like with an ileostomy) so food no longer passes through that section, it becomes inflamed and can start bleeding, breaking down, and closing off. How frequently does this happen? It can occur up to 100% of the time, but the inflammation uniformly disappears after you reattach it to the fecal flow.

We didn’t know what caused this. Perhaps it was some kind of bacterial overgrowth or bad bacteria? No, it was a nutritional deficiency of the lining of the colon due to the absence of the fiber needed to create the short-chain fatty acids. This was proven in a study wherein researchers cured the inflammation by bathing the lining in what it so desperately needed: fiber breakdown products. Severe inflammation was gone in just a few weeks, demonstrating that when we feed the good bacteria in our gut, they feed us right back.

It makes sense that we have good bacteria in our gut that feed us and try to keep us healthy—they have a pretty good thing going. Our guts are warm and moist, and food just keeps magically coming down the pipe. But if we die, they lose out on all of that. If we die, they die, so it’s in their best evolutionary interest to keep us happy.

But, there are bad bugs, too, like cholera that cause diarrhea. These have a different strategy: The sicker they can make us, the more explosive the diarrhea, and the better their chances of spreading to other people and into other colons. They don’t care if we die, because they don’t intend on going down with the ship.

So, how does the body keep the good bacteria around while getting rid of the bad? Think about it. We have literally trillions of bacteria in our gut, so our immune system must constantly maintain a balance between tolerating good bacteria while attacking bad bacteria. If we mess up this fine balance and start attacking harmless bacteria, it could lead to inflammatory bowel disease, where we’re in constant red-alert attack mode. Researchers explained, “The mechanisms by which the immune system maintains this critical balance remain largely undefined.” That was true…until now.

Our body doesn’t know about processed food—it evolved over millions of years getting massive fiber intake. Even during the Paleolithic period, humans ingested 100 grams of fiber a day. So, on fiber-deficient Western diets (Spam on Wonder Bread, anyone?), when our body detects low butyrate levels in the gut, it doesn’t think low fiber. As far as our body is concerned, there’s no such thing as low fiber. So, instead, it thinks bad bacteria. For millions of years, low butyrate has meant bad bacteria, so that’s the signal for our body to go on the inflammatory offensive. That’s one reason why fiber can be so anti-inflammatory and one of the reasons it’s said that “[f]iber intake is critical for optimal health.”

It’s important to note that we’re not referring to fiber supplements here, but whole plant foods. Fiber supplementation with something like Metamucil may “not replicate the results seen with a diet naturally high in fiber.”