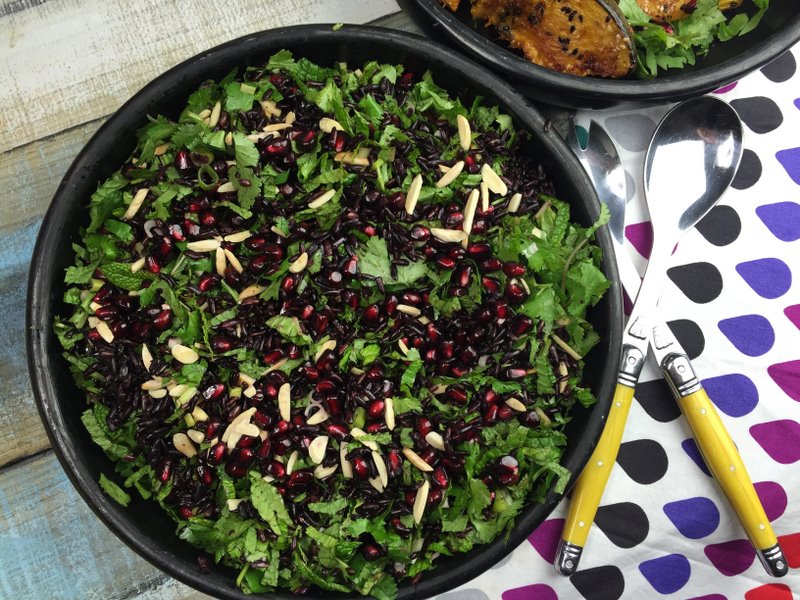 Forbidden Black Rice and Quinoa is a nutritional marriage made in vegan-heaven. Both of these amazing grains are loaded with antioxidants, protein, calcium, fiber and much other valuable life-sustaining nutrients.

“The Long-Lost “Superfood” Forbidden Black Rice, a treasure house of antioxidants, fiber, nutrients, minerals and amino acids capable of combating and preventing a host of health problems ranging from cancer, diabetes, and heart disease to Alzheimer’s. Apparently, the emperor’s of ancient China was right. The black, outer layer of this rice, contains antioxidant-rich bran. The purple and reddish pigment of this rice, which gives it its black appearance, contains Anthocyanins, the same antioxidants found in such prominent superfoods as blueberries, Acai berries, and grapes. Forbidden Black Rice is one of my favorite grains. The Emperor’s of ancient China guarded the secretive Black Forbidden Rice like gold and only allowed his family to consume it.

Both Quinoa and Black Forbidden Rice is “Gluten-Free.”

Quinoa takes fifteen minutes to prepare so take one cup of quinoa and rinse it well, add to a pot along with two cups of water and cook for fifteen minutes.

Delicious and super healthy beyond your wildest imagination…

How i heal my Psoriasis