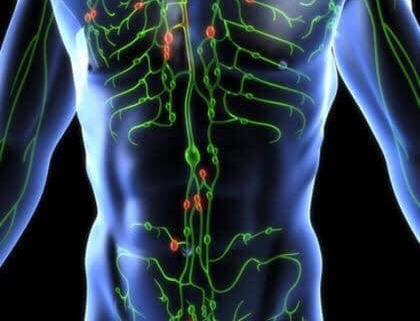 If you don’t know the purpose of the lymphatic system and how that deals with the state of human health and how to regenerate the body from a state of dis-ease to a state of health and vitality then you will always be in a state of uncertainty and you will never know the causative factors to dysfunction and atrophy to cells an tissue in the human body.

There are only 2 sides of chemistry and the side of chemistry that humans suffer with is acidosis. Acid and base chemistry and we are exposed to it with fora k to mouth, skin, air and the fluids we drink and shower in. Acids are obstructing the human organism and it’s the largest system that must deal with these acids but this system must eliminate these metabolic waste or they settle in tissue (interstitial spaces) and dysfunction occurs in the human body.

The largest fluid based system in the human body is being ignored and it’s the very system that must be acknowledged because it’s the system that deals with all the cellular waste, chemical waste, and acid waste from the chemistry that is being consumed. This system is 5 times larger than the blood system for a good reason because it’s the human trash can system (sewer system) this fluid based system must be acknowledged and the AMA is ignoring this system and focusing on the blood system. The blood system doesn’t hold the acid chemistry that damages cells, tissue, nerve in the body. The blood system is the kitchen it’s where the goodies are at, it’s where nutrition is carried into cells for structure function.

The lymphatic system is a lipid-based system to buffer acids while the body uses the skin and kidneys to remove the acids. The lymphatic system is overflowing with waste because the chemistry that is consumed is creating a cationic environment in the body (systemic dehydration) mucus, acids, microbial waste, parasitic waste, janitorial bacterial waste and the like are saturating this giant fluid based system and the skin kidneys and adrenals are becoming damaged by these acids and not being filtered out of the body.

Acids locked in the body and location that is obstructed! This is what every “disease” is. It doesn’t matter if it’s virals, bacterium, neurotoxins or chemicals they are all on the acid side of chemistry and its tissue that stops functioning and the body fails to produce steroids and hormones that deal with utilization for proper function.

Robert Morse ND calls this interstitial lymphatic constipation or systemic acidosis and he is 100% correct because that’s what it is. If you don’t empty your septic tank then it will damage every room in your “house” (body) medical doctors are focusing on the kitchen (blood system) do you poop in your kitchen!? That’s what the blood system is! The Lymphatic System can be considered the body’s cleansing system and the main part of its Immune System. For some reason this system seems to be foreign to most medical doctors, but yet there are a vaccine and antibiotic for everyone illusionary disease! When all you have to do is empty the trash on the bodies sewer system and the immune system will be strong.

The body is just a bunch of cells and 2 major fluids blood and lymph and the nervous system that controls mobility function. There is a “disease” for every symptom and the cause is greatly ignored! Go after your lymphatic system by cleaning this system so acids come out and tissue and cells regenerate. This is done through hydration and alkalinity! The diet you are designed to eat will naturally clean this system and clean the eliminative organs to drain it!

The cells that make up your physical body aren’t clumped together. There are spaces between them. These spaces are called interstitial spaces. These interstitial spaces are all filled with fluids: part blood, part lymphatic fluid. Why? Because this is how you feed them and how you clean them. Some of these wastes can also be foreign proteins and harmful chemicals that have entered the body through the digestive tract (small bowels), lungs, or skin, and carried by the blood and dumped into the Lymphatic System for removal.

The kidneys are the main channel to eliminate miles of waste that accumulates in the body. If you don’t take care of your kidneys with alkaline forming foods fruits and veg they will break down, get clogged up and then the kidneys can’t work out the acids through the process of kidney filtration (urinary waste) or through the skin through sweat. The skin is the 3rd kidney or 2nd lung if you will and if the skin doesn’t breath and sweat acids and metabolic waste can’t come out. Usually when the kidneys don’t filter properly the body will pull out these waste and the skin will get a blowback and skin problems to occur. If you over sweat it’s because the body is tripping up the thyroid causing more heat to the body and the body creates excess sweating to get rid of waste to make up for the kidneys that are failing or on there a way to kidney failure.

This System can’t be ignored and if this system doesn’t get cleaned then you will always deal with problems. You must pull out these acids and mucus and chemicals and the like in order to fully regenerate the body and at rid of the symptoms of fatigue, inflammation, and disorientation.

How can you clean this system and get out the acids that break the body down? You must go on a raw food diet based around fruits, berries and melons and herbs that clean, enhance, and activate the function to the body, the fruit cleans the body, then herbs enhance structure function, and the fasting gives the body more bioavailability of energy to fix and repair inner cellular damages.

The foods that congest the lymphatic system are the foods that are acids and mucus forming which are the majority of foods that are damaged by fire. Beans, grains, nuts, starch, eggs, all meats, and dairy being the worst! The only cooked foods that don’t create mucus in the human body are the starchless veggies. The goal for detoxification is to remove the mucus not congest the body with mucus forming foods. You want to remove the offenders that block the flow of energy that create a state of dis-ease in the body.

Fruits are the focus because they are astringent meaning they clean the best, they are the most energetic foods and energy is what moves the lymphatic system and cleans the kidneys to remove the waste. Fruit digests the best and hydrates the body the best. And fruits are literally the foods designed for the Homo sapiens.

Fruits like lemons, grapefruits, grapes, berries, melons, mangoes are the fruits that move the lymph system the best. Dry fasting helps the kidneys rest and filter most effectively. Study the work of Robert Morse and Arnold Ehret and educate yourself on the detoxification process and go after the cause and you will not be taught on how to fix the cause through the medical community because they don’t understand the cause because they are stuck in the research of chemical drug use to mask and suppress the symptoms and completely ignoring the cause and the result is more human suffering and more poor habits regarding fork to mouth and how chemicals affect the body in a positive or negative way.

What you eat, drink and what you put on your skin will either obstruct your lymphatic system or help the body clean it.